We have just pushed out a new version. Among the changes are scrolling in year, month and week. We had been waiting with putting this in, because we wanted it just right and I’m very happy to say that I think we did 🙂 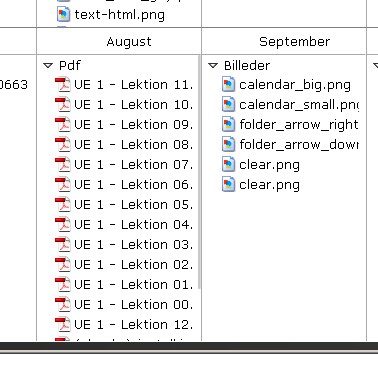 We also got two new translations in and most of the rest updated bringing the number of translations up to a total of 9 in about a month time! The new are a French translation by Olivier and a German by Wolfgang. Thanks to these two people around 200 million people can now enjoy Nemo Documents in their native language 🙂

We also got some fixes to search in, fixes to the layout so that buttons are easier to hit and they scale correctly when translated.

This entry was posted in Uncategorized and tagged release. Bookmark the permalink.